This article originally appeared in the Winter-Spring 2020 issue of Word of Mouth. Read the entire issue at massdental.org/Word-of-Mouth. 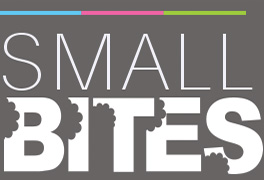 Kombucha Conundrum
Kombucha, the bubbly fermented tea that you’ve been seeing more frequently on grocery store shelves and in coffee shop beverage cases, has become a go-to elixir for those seeking to better their health. While kombucha fans rave about its health benefi ts, which include improved digestion and boosted immunity, among other claims, the trendy beverage may be bad news for your teeth. Although the natural antioxidants and probiotics are the healthy stars of kombucha, the problem lies in the drink’s acidity. A 2019 article in Time magazine reported that kombucha is potentially problematic for teeth, as it has a pH level not unsimilar to that of soda. Acid can wear away a tooth’s enamel, weakening the tooth and paving the way for cavities. Not ready to give up your kombucha? Be sure to drink only kombucha that’s low in sugar, sip it with a straw (to keep the acid from making contact with your teeth), and rinse your mouth with some plain old H20 when you’re done.

What Comes First: The Toothbrush or the Floss?
Recently, there’s been some debate in the media about whether it’s better to brush before you floss or vice versa. Articles in Men’s Health and Allure magazines took deep dives into the “floss first or brush first” debate, speaking to dentists and professors from dental schools such as the University of Pennsylvania School of Dental Medicine and the University of New England College of Dentistry, and the answer is . . . still up for debate. A study published in the Journal of Periodontology found that you can reduce more plaque by flossing first and brushing second than by brushing and then flossing, because it’s better to remove the plaque that builds up between your teeth (and that can lead to cavities) before you brush. However, Dr. Bryan J. Frantz, president of the American Academy of Periodontology, told Men’s Health that other studies have indicated otherwise and that the data is inconclusive. So, which is it? According to the American Dental Association (ADA), the most important thing about flossing isn’t whether you floss before or after you brush, but just that you be sure to do it every day. As long as you do a thorough job flossing and brushing, it doesn’t matter in which order, says the ADA.

Get to the Point with Acupuncture
Can acupuncture help relieve the discomfort of radiation-induced xerostomia (dry mouth), a serious side effect of radiation therapy, in cancer patients? A new study from researchers at the University of Texas MD Anderson Cancer Center found that patients who had acupuncture during radiation treatment for headand-neck cancer reported less dry mouth symptoms up to a year after treatment. Xerostomia may sound harmless, but the lack of saliva in the mouth can make people more susceptible to cavities. The clinical trial randomly assigned 339 patients into three groups during their six- to seven-week course of radiation. One group received true acupuncture, another group received sham (fake) acupuncture, and the third group did not receive any acupuncture. None of the participants had prior experience with acupuncture. The results showed that one year after the end of their radiation therapy, only 35% of patients who’d received true acupuncture had dry mouth, compared to 48% of those given sham acupuncture and 55% of those who didn’t receive acupuncture. “Dry mouth is a serious concern for head-and-neck cancer patients undergoing radiation therapy,” says Dr. Lorenzo Cohen, the study’s principal investigator, and can affect up to 80% of patients by the end of radiation treatment. “The symptoms severely impact quality of life and oral health, and current treatments have limited benefi ts,” he adds. If you suffer from dry mouth symptoms but aren’t sure you want to try acupuncture, talk to your dentist about other possible remedies.